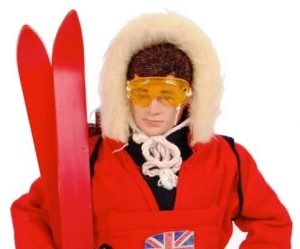 What is the next collecting area about to take off when it comes to toys? As detailed often in ATG, rare Star Wars figures are now making big money. Lego is another popular market as 40 and 50-somethings settle down, get wealthier and get nostalgic about the toys they played with as kids.

East Bristol Auctions held what it claimed to be the world’s first dedicated Lego auction last month, and on January 28 it will be testing another collecting field – involving men with blue plastic pants, fuzzy heads, eagle eyes and gripping hands.

The saleroom’s toy specialist Andrew Stowe says 2016 was “a big year for Action Man”, reflecting the toy’s 50th anniversary. Prices have yet to follow that ‘big’ branding, judging by recent auctions, but with the appetite and nostalgia for toys from the 1980s and ‘70s era strong, there is certainly potential to rise.

As part of a larger Games, Trains & Automobiles Toy Auction, East Bristol is offering a single-owner collection of around 40 of the original Action Man figures, along with their vehicles and other items in the range.

“We have all sorts,” says Stowe, “from ‘US Cavalry Soldier’ to the aptly dressed ‘Polar Explorer’ Action Man, all with original uniforms and accessories.”

Evolving range
Action Man was originally made by Leicester-based Palitoy in 1966, the same firm responsible for the UK version of Star Wars figures, and was actually a licensed copy of America’s ‘GI Joe’ action figure. However, it is fair to say the core of the range remained British in character, including subjects such as Grenadier Guards, SAS and even football clubs.

According to comprehensive and informative collectors’ website actionmanhq.co.uk, ‘Vintage Action Man’ is regarded as the 1966-69 era, when the figure had a painted head. Moving on, we come to the 1970-76 VAM with ‘fuzzy’ or ‘flocked head’ hair and ‘gripping hands’, then the 1977-84 VAM final guise, (VAM ‘Eagle Eyes’ or ‘Dynamic Physique’ or ‘Blue Pants’).

‘Modern Action Man’ made a comeback in 1993-2006, but as actionmanhq.co.uk notes: “From a purist’s perspective, the 1993 return of Action Man figure was disappointing.” It adds: “The ‘modern’ Action Man figure seemingly learnt few lessons from the vintage Palitoy Action Man, which by its retirement was an exceptional toy that reached its final guise by a process of evolution.”

However, an Action Man 50th anniversary collectors’ edition range recreated the charm of the earlier models.

If you do want to start collecting toys, then the world of ‘vintage’ Action Man could be a good place to start: estimates in this January 28 sale range from £20-60. See the pictures above for a focus on some of these lots.

Not only are prices affordable as yet, but Action Man gives a good variety of figures and accessories. As a 40-something myself, I certainly remember playing with an Action Man DUKW vehicle and a Scorpion tank in a sandy area of the local park. I also remember a family friend’s daughter trying to marry off an Action Man to one of her Sindy dolls, but I’ve got over that now…